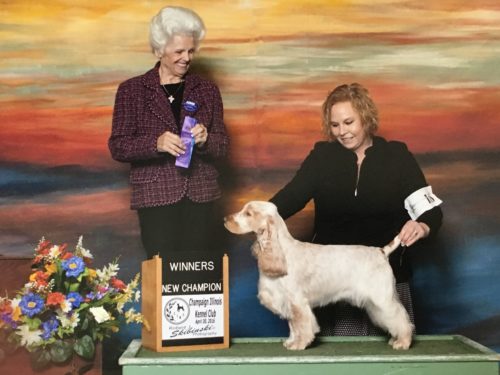 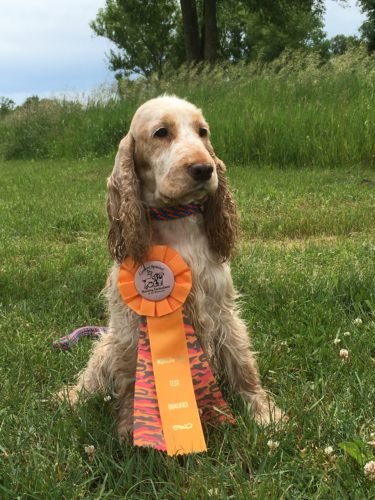 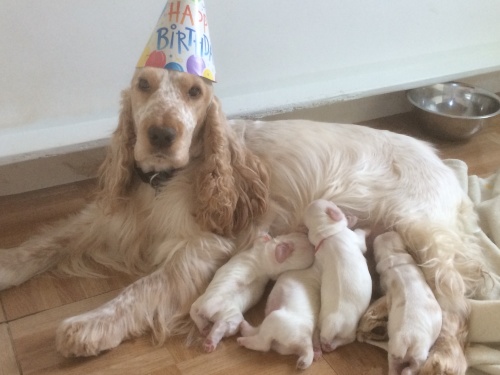 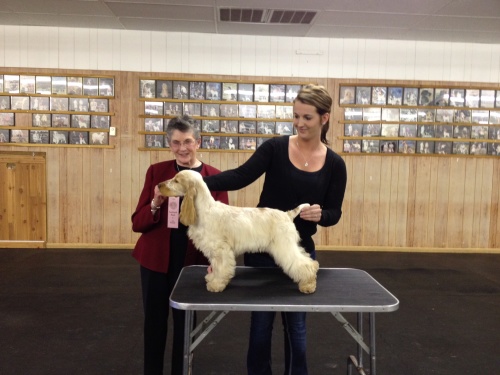 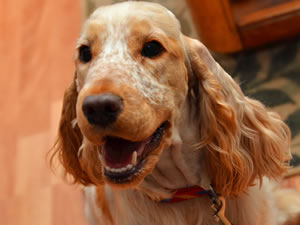 Achievements: Erin exudes athleticism,  energy and exuberance and is as sweet as they come!  She finished her  Championship in spring 2016 and is working in the field and obedience. She is the proud Mamma to a litters born in 2014 and 2016 and was an exceptional Mom.  Erin earned the coveted ECM award in 2020 with her offspring’s achievements as of March 2020 being: