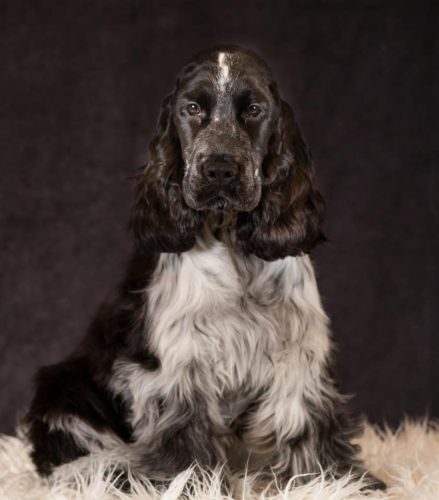 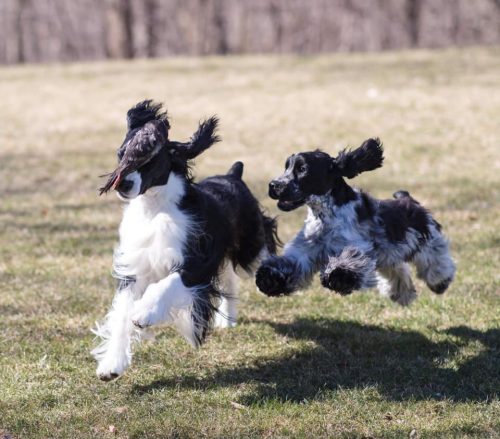 Cain is one of those “meant to be” homes.  Have long since been friends with Cain’s owner, Sue, a “Springer person” and Sue’s sister Steph had a Carefree kid for years. Sue was not in the market for an ECS when she came to visit with the puppies. There was something special about Cain that meant that he was meant to be Sue and Mike’s and joins his Springer brother, Jamo.  And yeah, Cain was a busy boy showing his true colors early by climbing out of the whelping pen by the age of 2 weeks and continues with his busy ways! ! Looking forward to watching Team Cain’s exciting future which will include conformation and a myraid of performance events. They will make us proud, I’m sure! Cain is currently having a blast in agility!