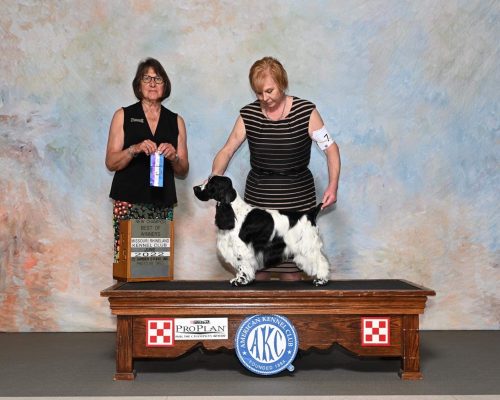 Jasper started off with plans to live life as a pet with Jack and Michelle wo have owned multiple Carefree dogs.  As Jasper grew, it became more and more obvious that he was growing into quite the handsome fella. Thankfully, Michelle and Jack gave their Blessings to allow Jasper to shine in the show ring! He finished his Championship with four majors and became the 3rd from the handsome Brewer litter to finish. He is now enjoying life enjoying his life as a pampered pooch and deservedly so!