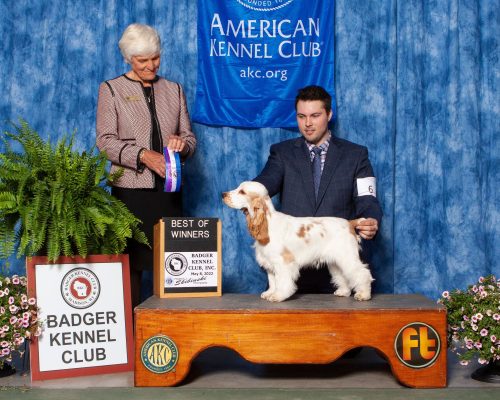 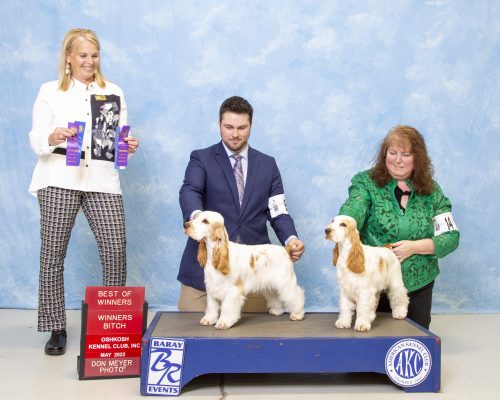 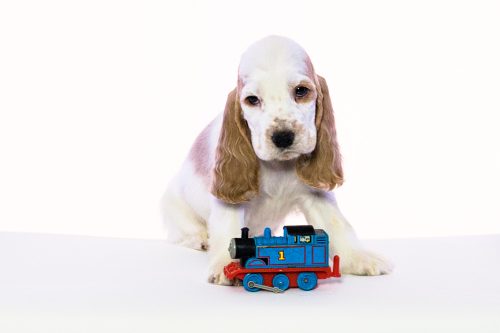 Percy is the 3rd Carefree ECS for his owner, Jane, who has discovered the big wide world of dog shows, embracing many venues. She had hoped for an orange boy this time and she got her wish! Percy is from the Thomas the Train themed litter and this orange and white boy was born to show!!!  He has won points in all but one of his shows and is 1/2 to his Championship at 7 months!!  He lives up to his name “Full Steam Ahead” as he trucks around the ring as though he owns it! We look forward to many great things from this handsome lad!