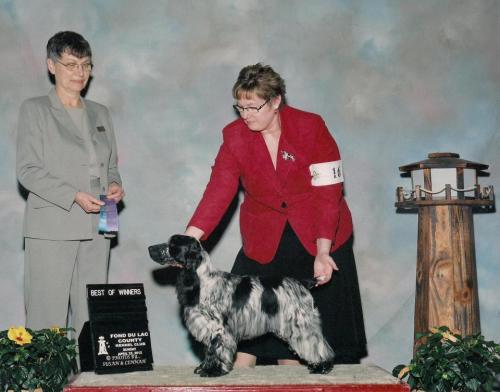 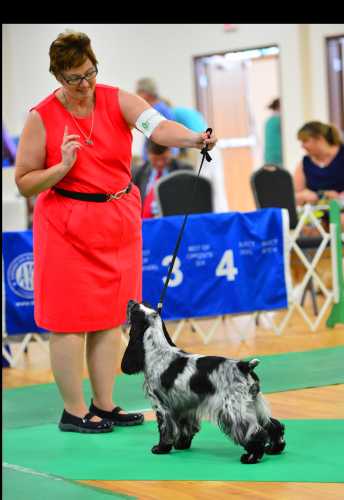 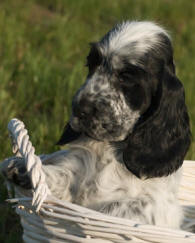 Achievements: Aubrey handily finished her Championship and is her owner Laurie’s first Champion. Laurie piloted Aubrey to her Grand Championship in 2014 and they are now busy working on titles on the end of Aubrey’s name. Aubrey has shown herself to be a nosework star and is acheiving many great things!  As you can see, her name is like a big bowl of alpabet soup with her many titles! In adition, she is the Mamma to two beautiful litters of puppies We are very proud of all Aubrey has done and continues to accomplish!