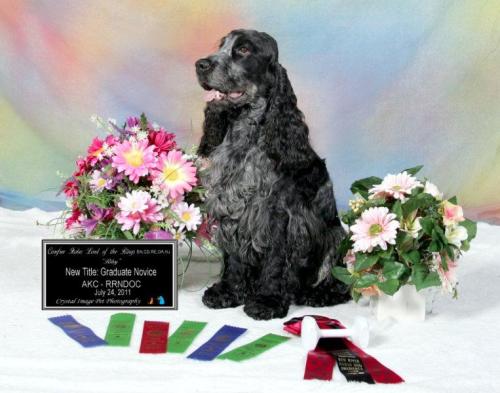 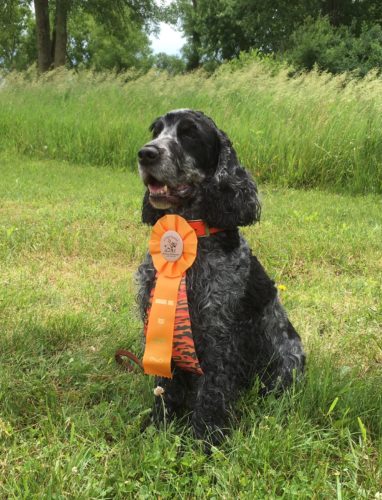 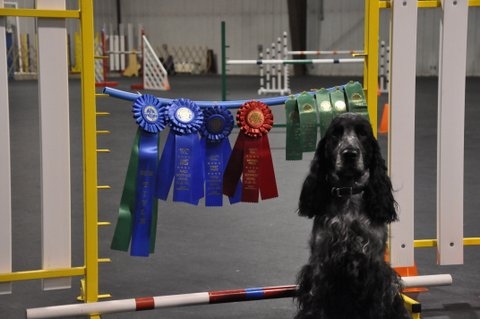 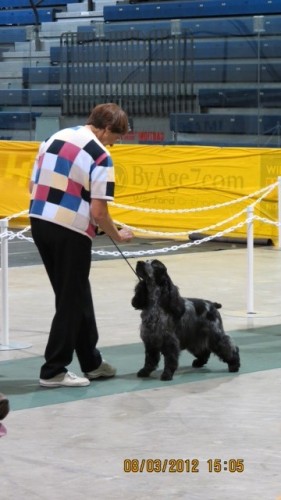 Achievements: Riley and his owner Denise are quite the team!  Riley became the first dog that Denise finished a Championship on and he did so with four majors. They have excelled in obedience, rally and agility and their teamworkshows in all they do!  They became one of the elite handful of ECS to have earned a Versatile ECS award that demands a Championship, the highest level earned in another venue, a field title and a title in another venue. We couldn’t be prouder of this team!