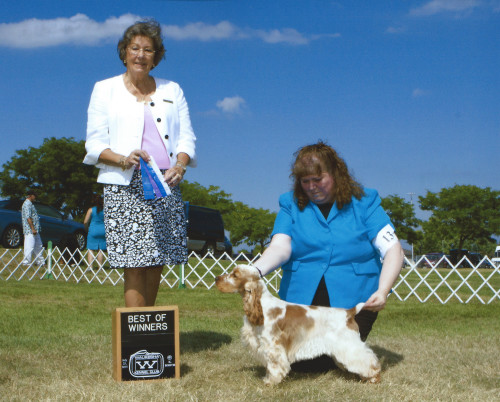 Carefree’s All In the Family CA FDC CGC TKN

Achievements: Easton (AKC Little E) was the smallest in the litter and was felt that he wasn’t going to be big enough. There was something special about him though, and he stayed around Camp Carefree for the first year and turned out to be quite the handsome showman During that time, he went Best Puppy in Show at a match and garnered all of his single points and several major reserves. He discovered the love of lure coursing and loves just about anything life throws at him. Carly owns his Dad and sister and when she loved out, it left a void in the house, so Easton now lives with her parents Jim and Tammy Cegelski who love him to pieces. We are hoping to get those finishing points on his Championship in 2016!